The Misrepresentation of Millennials

ALRIGHT, BUCKLE UP AND PREPARE TO GET OPINIONATED AS WE DIVE INTO THE EVER-RELEVANT TOPIC OF MILLENNIALS.

We’ve all heard the word, and it’s not uncommon for there to be negative connotations attached to it for whatever reason. Time and time again we’ve seen the media publishing articles – some direct and some not so much – that target the millennials for all of the recent “changes” that have been going on.

One report, in particular, published by Goldman Sachs, took the liberty of compiling a library of statistics and slapping on some opinionated statements for good measure. Whether it be the millennials’ “avoidance to make major purchases” or the “putting off of parenthood and marriage”, the report is chock full of accurate numbers with very misrepresented meaning.

Debt, Income, And The Delay Of Major Purchases

Let’s highlight for a second, one statistic in particular – the mean student loan balance for 25-year-olds, which has been on a steep climb year over year since the 2000’s. The survey reveals that in 2013, the average student loan debt carried by a 25-year-old was just shy of a staggering $21,000. 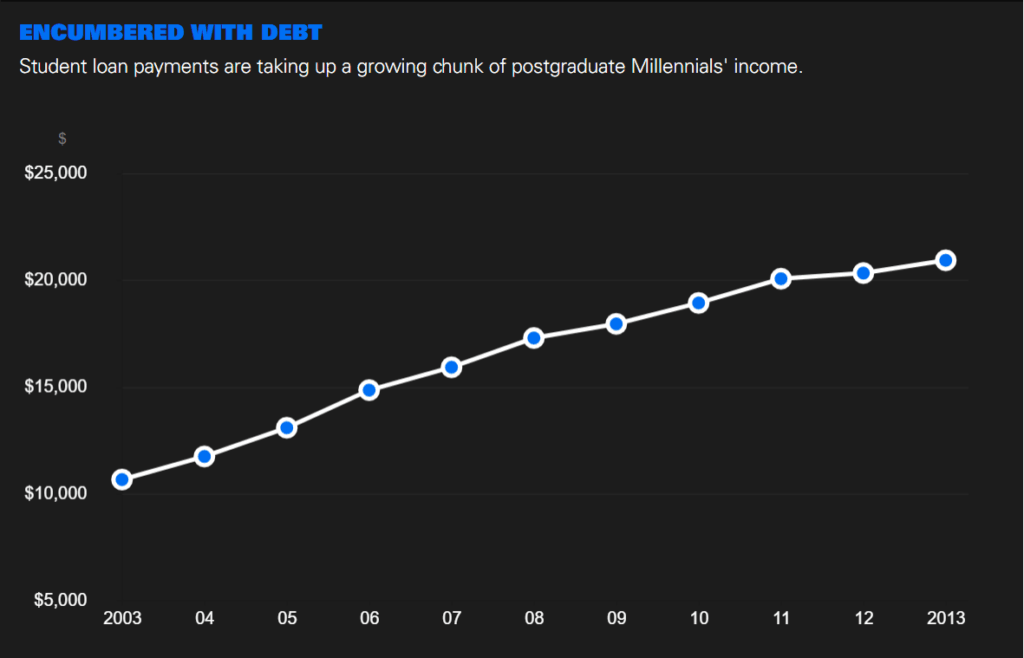 Naturally, between record-setting student debt and lower incomes, Goldman Sachs has decided to say that millennials are “putting off commitments like marriage and home ownerships” because priorities are different. The survey whines that in 2012 only 23% of millennials between 18-31 are both married AND living in their own household. Hell, with the ever-increasing cost of college tuition and never ending slew of lowball salary jobs, how can the average millennial afford either, let alone both.

Take a moment to reread that above paragraph to make sure you fully digest those numbers. It’s clear that the growing discrepancy between tuition rate increases and average salaries is a problem and will seemingly continue on that trajectory. 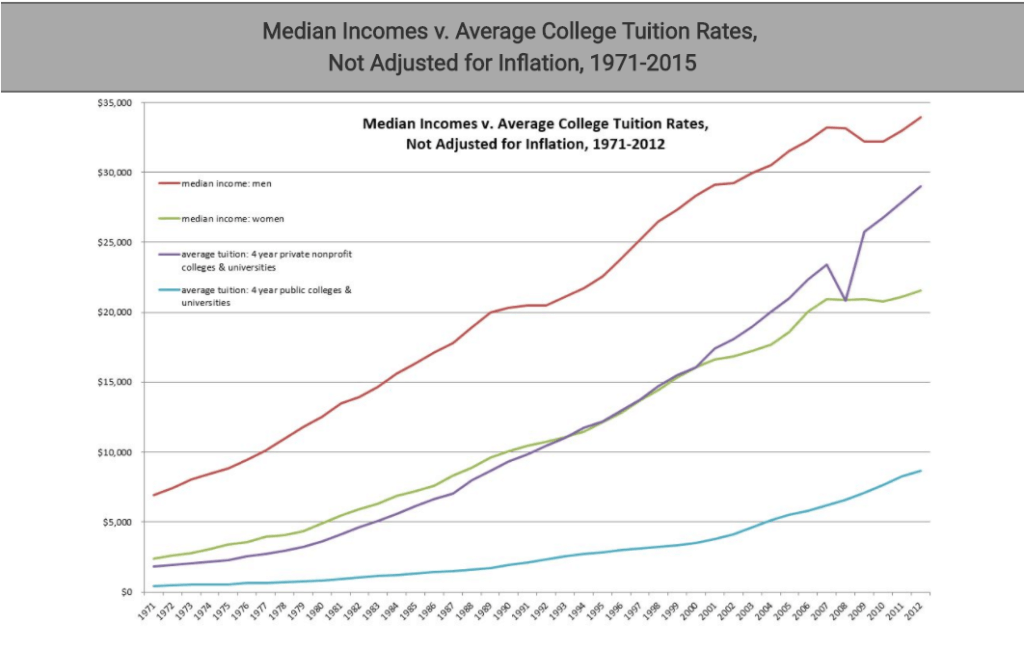 The article continues to go on about the plummeting marriage rates with graphical titles like “Marriage Can Wait”, and even touches on the topic of putting off parenthood showing the average age that women have children sitting dominantly around 30. The real reason that marriage and parenthood are being delayed comes back to the root problem of money, not a rebellious attitude of wanting to resist conforming to the “norms”, whatever those may be. 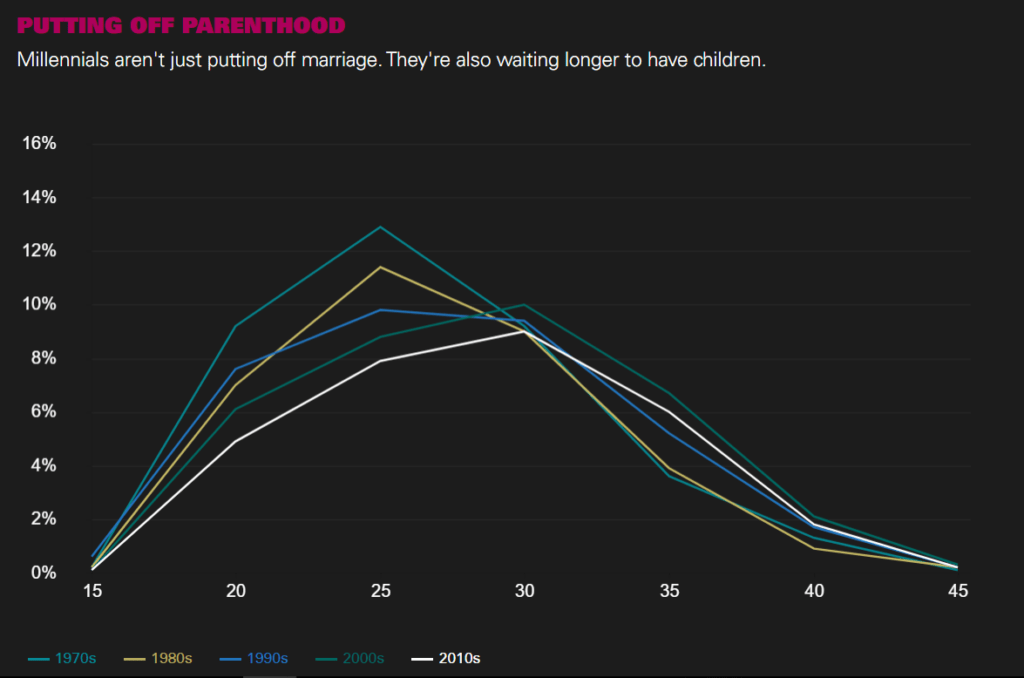 Finally, we get to the wonderful “sharing economy” as Goldman Sachs would call it, that millennials have created. The survey suggests that the must haves for previous generations – which by the way, they actually included luxury bags and TV’s in the mix with things like houses and cars  – simply aren’t as important for millennials. Referencing the above mentions of low income and high debt again, the survey mistakes a lack of necessary resources ($$$) to purchase these things with an altered hierarchy of needs. Beginning to see the pattern?

Of course, we can’t forget to mention the way that millennials are single-handedly influencing and changing the retail space. Yes, with the powerful technology at our fingertips, convenience AND value are easy to find. The increasing rate of online purchases and decreasing rate of people who shop at actual storefront locations is not and cannot be solely attributed to millennials. The world of business is dog eat dog – always has been and always will be. Everyone is searching for convenience and value.

PUTTING IT ALL TOGETHER…

That just about brings us to the end of this in-depth teardown of the Goldman Sachs article. The takeaway? Media finds it easy to pin certain changes on millennials because of statistics like these and the way that they can be misinterpreted. Guess what? The world is constantly changing, and naturally, so are the ways that we do things. Comparing each consecutive generation to the next is only going to perpetuate thinking like this and spur incorrect views.

How to Add Experiential Elements to Your Branded Event

How To Create Hype For Your New Product Launch

How to Filter Spam Traffic In Google Analytics